HVAC professionals are noticing that homeowners are using their air conditioners more and more.  Why? We live in a continuously warming planet. It is a reality that many aren’t so thrilled about but we have to face as it is merely the consequence of our irresponsible actions. Greenhouse gases are building up and they have nowhere to go.

No wonder it gets hotter and hotter each year and with the approaching summer just around the corner, many are actually dreading what it will be like to be drenched in sweat as the heat and the humidity make its full onslaught on mankind.

Do we have a solution for it? Well, it actually is just a band-aid solution that likely creates even more problems for us in the near future. But oh well, the majority of us can’t often complain of the heat and would just rather turn on the AC than think of another way of cooling themselves down.

And so it becomes an endless cycle that only leads to an even hotter planet than ever. Our temporary solutions worsen the planet’s fragile state but there seems to be no other recourse for many as the heat makes it easier for them to just lower down the thermostat than say fan themselves which doesn’t make much of a difference.

One of the ironies of increasing climate change is the cooling crisis: the hotter the planet becomes, the greater our demand for ways to cool down. And most often, in rich countries, that means switching on the air conditioning, which in turn means using more electricity and emitting more fossil fuels to escape the heat we’ve emitted by burning so much already.

“Using air conditioners and electric fans to stay cool accounts for nearly 20 percent of the total electricity used in buildings around the world today. And this trend is set to grow as the world’s economic and demographic growth becomes more focused in hotter countries.”

In major cities all over the world (the US included), it has been revealed that roughly 20% of the electric consumption is because of AC and fan use. The only way to beat the heat is to make a space cooler. However, it can be costly as your electricity bill will definitely skyrocket.

A lot of homeowners are perhaps already worried right now how to pay for the rising cooling costs because the heat definitely can’t be stopped. And we are pretty much aware of the law of supply and demand. Cooling costs will surely go up as the need for nonstop cooling is expected in the coming months.

With widespread above-normal temperatures across the southern and the central United States during the week, including highs in the 90s in some major population centers, spot prices strengthened throughout the Midwest and Texas.

You can’t just breeze through summer anymore. It is better you make preparations for it. You can still save energy by going to public places where you can cool down such as the mall rather than cool down your home and add to the looming cooling crisis in the country.

There is no escaping the heat but you can go to these temporary locations to cool you down in an attempt to contribute to reducing the rising cooling costs that have now become our reality.

While many of you likely aren’t ecstatic at the downside of the summer heat, maybe you can just look at the bright side and think of other ways to divert your attention from the heat and basically just enjoy summer while it lasts. There are different outdoor activities you can try that will make you somehow forget about the heat. While doing so, you also contribute to lowering cooling costs as your home thermostat will be turned off in your absence.

You can always enjoy the great outdoors in spite of the heat. Just make sure you protect yourself from the harmful rays of the sun by wearing sunscreen or you won’t just end up drenched in the heat but sunburned too. You can even go swimming on the beach to make the most of the lazy summer days.

If you aren’t a fan of braving the heat but cringe at the thought of spending more money on electric bills, try this DIY AC hack that will fool you into believing it’s not your fan working but a real working AC. 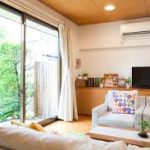 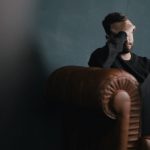 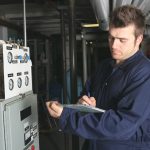 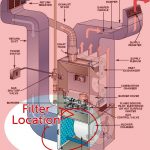 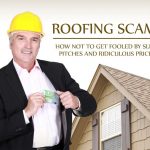